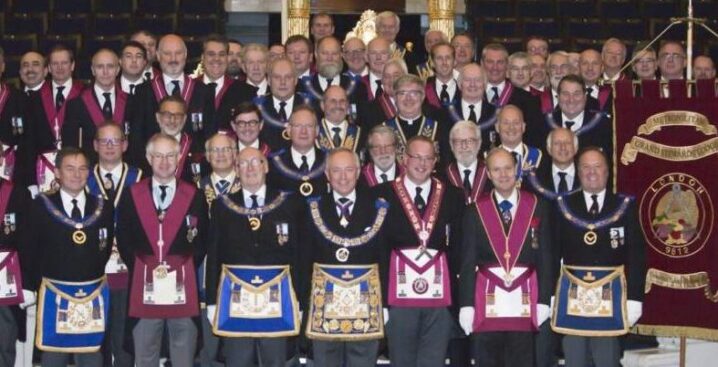 Join the Kent Club for this unique opportunity to visit one of the only London lodges, that meets inside the Grand Temple, other than Metropolitan Grand Lodge.

Shortly after the consecration of the new Metropolitan Grand Lodge in October 2003 the first twenty recently appointed Metropolitan Grand Stewards got together with the idea of forming their own lodge. After much work and support, permission was granted, and with the twenty stewards appointed in February 2005 the lodge was founded.

Lodge membership is open to Brethren appointed to the office of Metropolitan Grand Steward which means that the lodge should grow at the rate of twenty new members each year.

In its short history, the members hope that they have succeeded in living up to these aspirations and look forward to continuing to do so for many years to come.